A project to prevent erosion led to restoration of two miles of stunning shoreland. 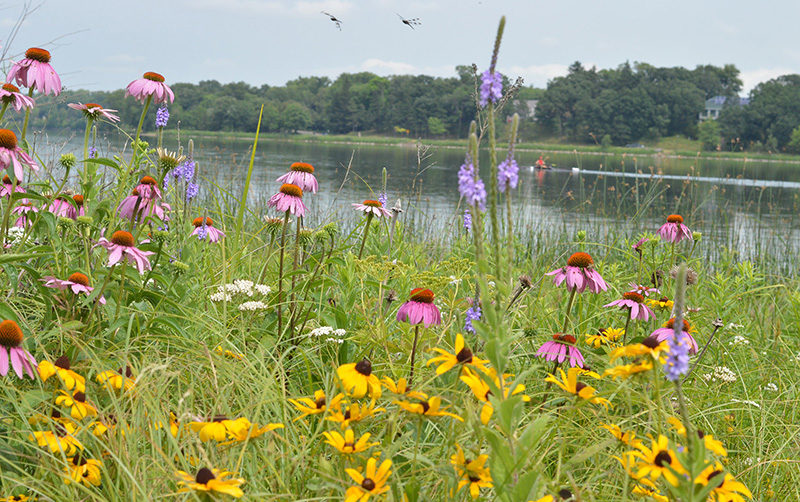 Lake Phalen (200 acres) is the centerpiece of St. Paul’s Phalen Regional Park, which sees over half a million visitors every year. It is a regional destination that provides a variety of recreational amenities, including a swimming beach, pavilion, and picnic areas, walking and bike trails, shore fishing access points, and a boat launch. Lake Phalen is the southernmost lake in the Phalen Chain of Lakes and drains directly into the Mississippi River through the Beltline Interceptor stormwater pipe.
In the early 1900s, soon after the park acquisition, lake-bottom dredging was conducted to fill low, marshy areas adjacent to the lakeshore. These shore areas were converted to lawn spaces, a practice that led to substantial shore erosion. In the 1920s, crews began installing rock rip-rap along the shoreline in an attempt to combat soil erosion. These attempts continued through the 1980s, by which time thousands of tons of rock were added to Lake Phalen’s shoreline.
After decades of trying to stabilize the shoreline with imported rock, large sections were still experiencing erosion. This erosion created a safety hazard through steep drops adjacent to walking paths. In addition, invasive weeds and turf grass dominated the shoreline, providing little habitat or aesthetic value. In 2001, the District, City of St. Paul, DNR Fisheries, and several other local partners began a long-term ecological restoration program to stabilize the shore with a combination of bio-engineering techniques and the establishment of diverse native plant communities. Spanning over 2 miles (70% of the total shoreline), this is the largest lakeshore restoration in Minnesota. 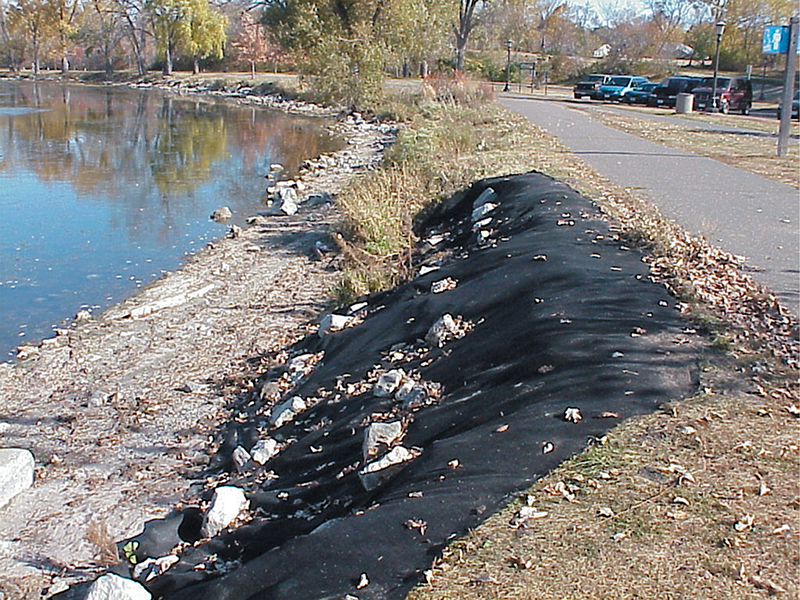 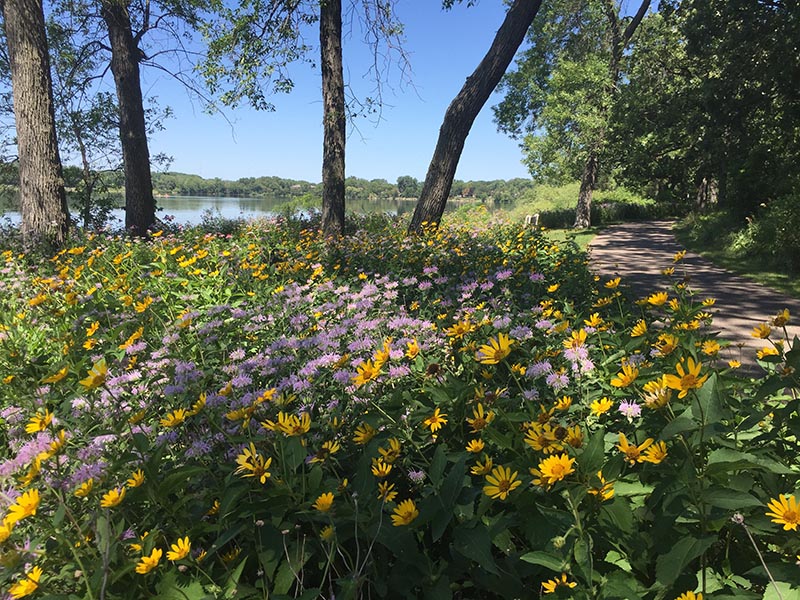 This restoration project has eliminated safety hazards, reduced erosion, improved fish and wildlife habitat, created greater access to the lake, and improved shoreline views. Several wildlife species, such as bluegill sunfish and great blue heron, use the restoration areas to feed. Songbirds nest and feed in the established shore wet meadow areas, and several pollinator species feed and overwinter in the natural shoreland buffers.
In addition to the restoration improving the ecology and water quality management, it also serves as a demonstration for future projects and creates learning opportunities. Over 300 local school groups have participated in environmental lessons out on the lakeshore. Numerous university classes have toured the restoration. Academic and professional societies have taken field trips to learn about the project and view the restoration. The District plans to incorporate plant identification signage around the lake in the coming years. 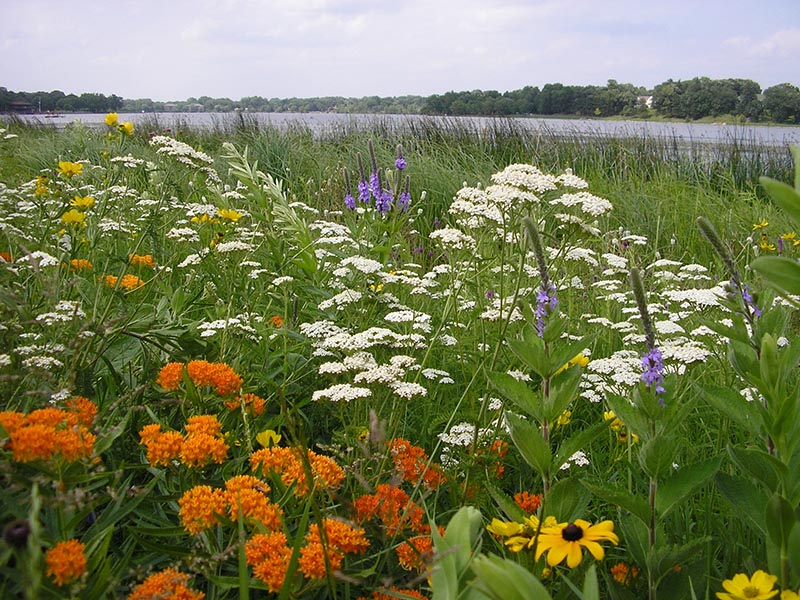