This pond provides flood protection while hosting pollinators and waterfowl. 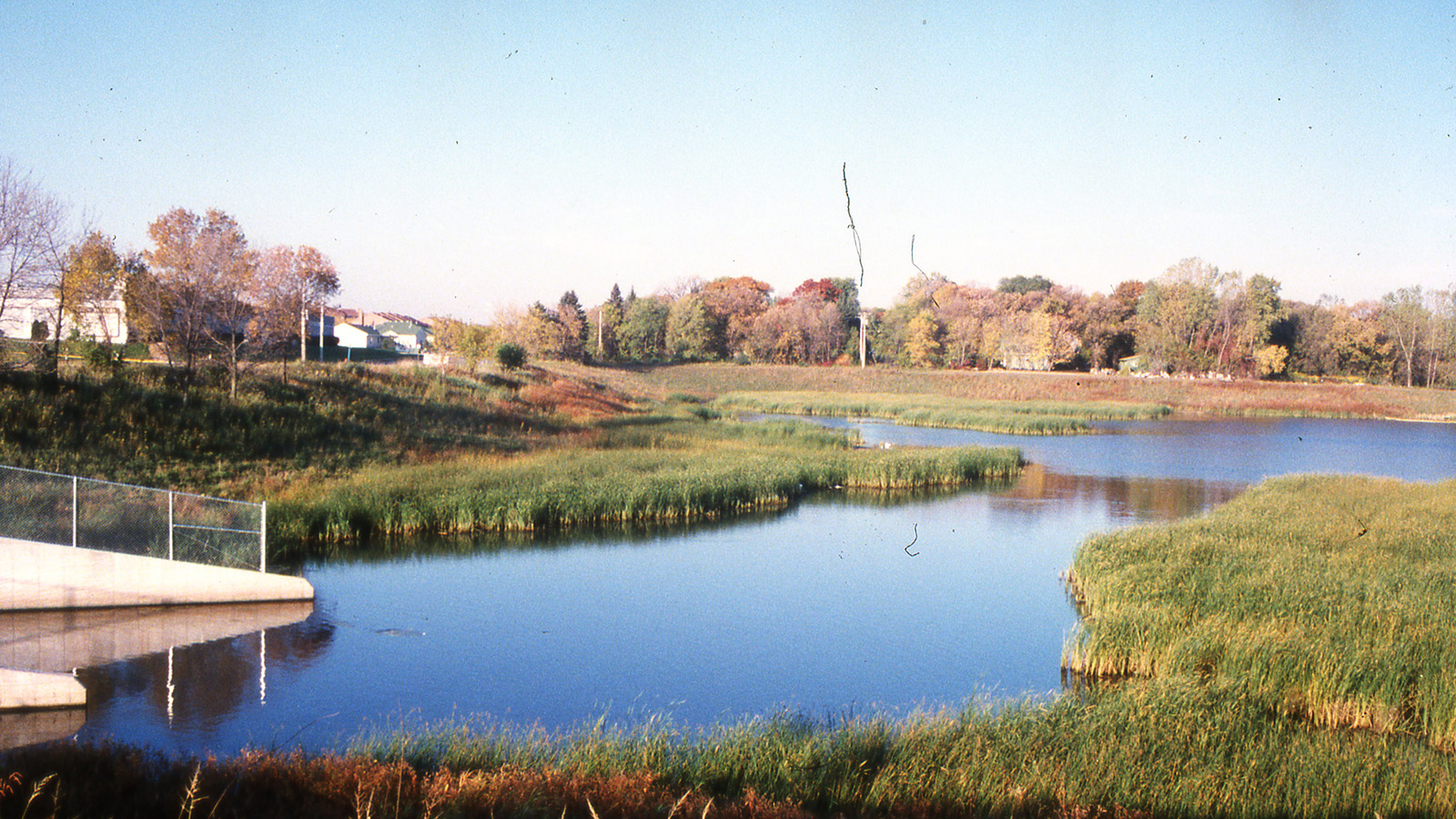 This was an identified flood control project in the Phalen Chain of Lakes Watershed Management Plan. Without the project, District models estimated that White Bear Avenue could be overtopped by flood waters, resulting in street and utility damage and flooding damage to a number of adjacent businesses. The project provided needed additional storage volume within an existing basin.

To provide the additional storage, the bottom of the existing basin and the outlet elevation were lowered by six feet. The basin was further excavated to provide for water quality improvement. The 10-foot deep portion of the pond covers about 25 percent of its surface. The remaining 75 percent of the basin is 6 to 12 inches deep, allowing for growth of emergent wetland plants.

Due to the new outlet depth, the project included installation of a piped outlet to replace the previous open channel. At the request of the adjacent property owners, the we replaced the stream channel on top of the new pipe and provided a lift station to replace the previous base level stream flow. The project also included the construction of a low weir at a downstream wetland to stabilize erosion at the outlet. 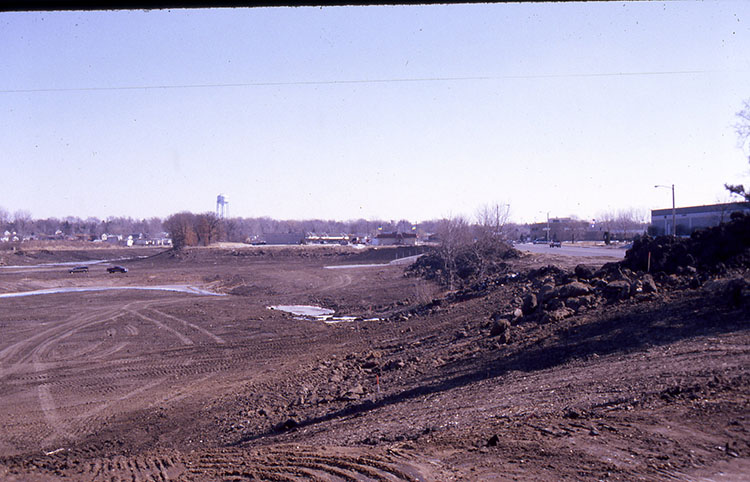 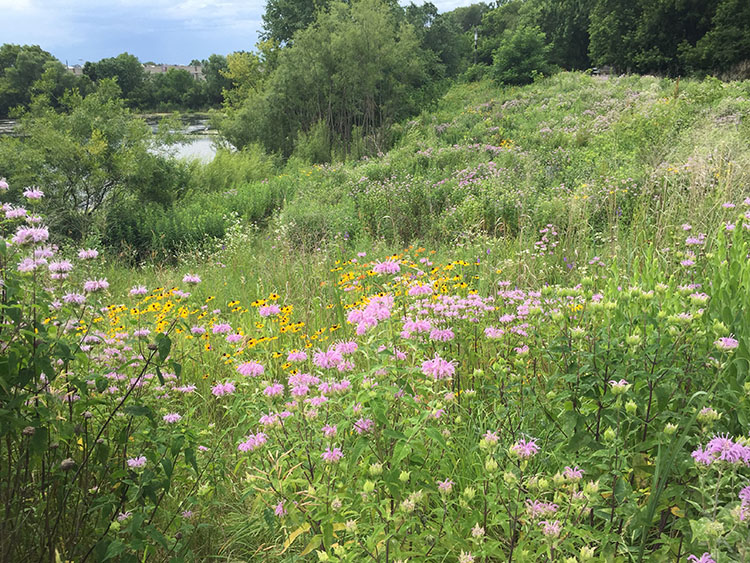 The upland areas of the basin were seeded with prairie plant species soon after site grading. In addition, volunteers assisted in planting hundreds of shrubs and trees. In accordance with common practices at the time, no weed management or additional maintenance work was conducted on the site. In 1999, a formal maintenance plan was in place. At that time, non-native species dominated many areas of the park.

After years of intense weed management, the plant community on the north and west slopes of the basin are now dominated by native grasses and wildflowers. In July, wild bergamot is particularly spectacular in the park. Benches along the north edge are an excellent spot to watch the many wading birds who hunt the shallow basin areas.

Plans for improvement include the expansion of native prairie patches and control of invasive buckthorn. Short-grass prairie seeds have been sown in the south and east sides, and dense patches of buckthorn have been removed from the oak woodland at the southeast corner of the site. The basin revegetated very quickly with emergent bulrush and cattail plants. A group of volunteers planted about 500 shrubs and trees around the basin with District staff guidance. Other volunteer groups have helped revegetate the downstream channel.