Marketplace Pond is an oasis of prairie in the midst of a suburban shopping district. 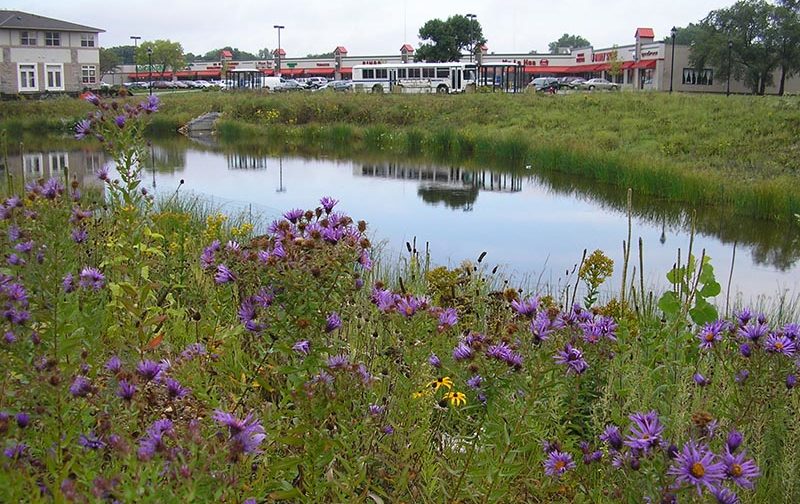 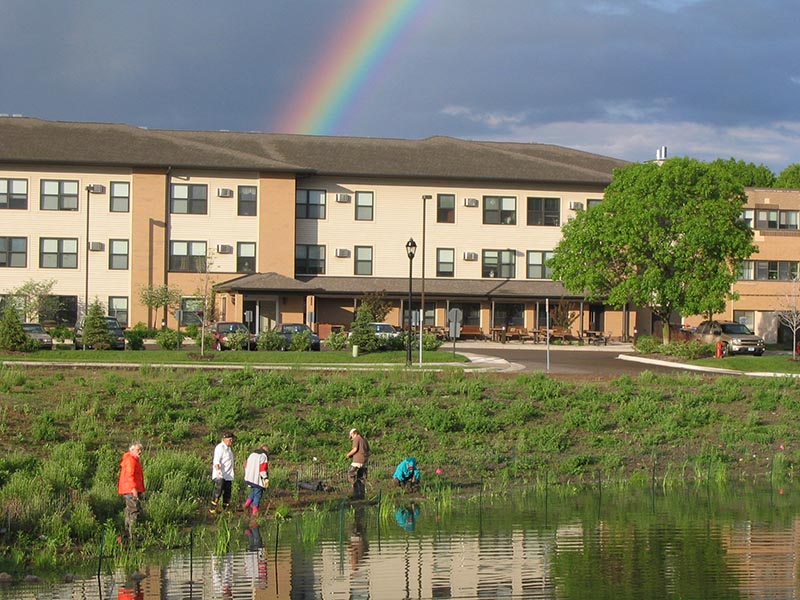 Soon after construction, the slopes of the basin were seeded with native short-grass prairie species. The following spring, areas along the sidewalk were planted with flowering species by Little Canada residents and other volunteers. The District’s Natural Resources (now LEAP) team installed emergent wetland plants around the water’s edge.

The sandy gravel soils found at this location are well suited for short-grass prairie species, and these native plants are thriving. Wild lupine is prominent on the site in late May and early June, with a succession of flowers blooming throughout the season, culminating in a display of purple and white asters in the fall. The basin is surrounded by sidewalks and is well-used by residents of the adjacent senior housing community. 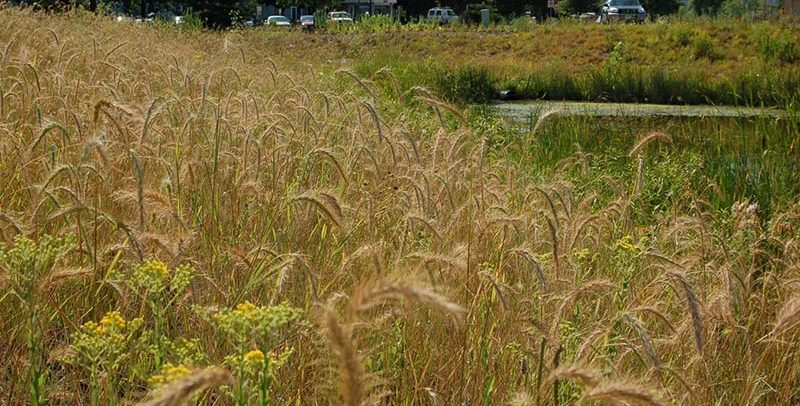