This wetland system cleans storm water flowing to the Phalen Chain of Lakes. 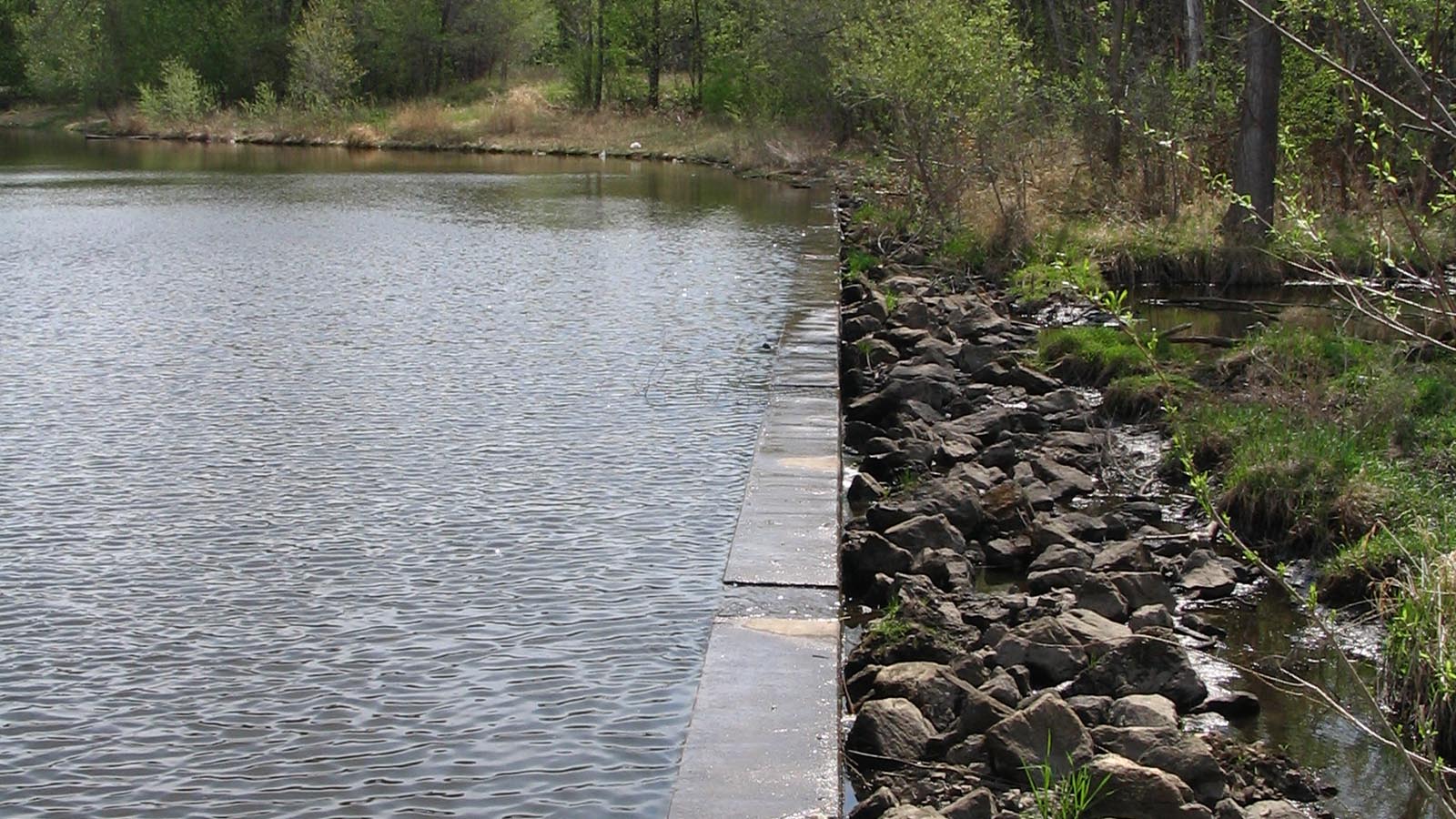 The Kohlman Basin Project was designed to reduce phosphorus levels in storm water from Willow Creek and Kohlman Creek before discharging into Kohlman Lake. This improvement was identified in the 1987 Phalen Chain of Lakes Watershed Study as a needed improvement to protect the water quality of the chain. The project area includes the KSTP property south of Beam Avenue at Highway 61 and a wetland area north of the old Countryview golf course, which is now Carmax and Costco in Maplewood.

The pipeline, sheet piles for the weirs and initial grading for the sedimentation basin were completed in 1996 and 1997. The final grading and permeable weir installation was completed during the winter of 1998-1999. The berm north of the old golf course was completed during the winters of 1999-2000 and 2000-2001. Those pipes have since been replaced by an open channel as part of the development of the golf course property, and a roadway was placed on the north side in the location of the berm.

The larger limestone rocks/boulders that add structural support to the barrier also provide substrate for periphyton (attached algae) growth and uptake of phosphorus. The limestone substrate can provide an eventual sink for the phosphorus taken up by the algae.