We are currently working with the City of Little Canada to investigate high water levels on Twin Lake and assess the risk of flooding to homes on the lake. District and Barr Engineering staff began compiling field data this summer in response to concerns raised by local residents. We then presented information and collected additional comments during a public meeting held Oct. 8 at Little Canada City Hall.

Twin Lake is located just south of East Vadnais Lake and is landlocked, meaning it does not have a managed outlet to maintain a constant water level. It does have an emergency overflow outlet that would allow flood waters to flow into a stormwater pond just north of I-694, then through a culvert under the freeway and into Gervais Creek.

Here are some questions residents are asking about the lake:

Why is Twin Lake’s water level up?

Twin Lake’s surface water level is highly dependent on rainfall, evaporation and groundwater flow. With 2014 through 2017 being unusually wet years (2016 was the wettest on record), regional groundwater levels have remained high. This especially affects landlocked waterbodies like Twin Lake and Snail Lake in Shoreview, which are less able to drain into the underground aquifer.

Will the lake continue to rise?

There are no formal measurements on file that track historical water levels on Twin Lake, which makes it difficult to predict future water levels. Ramsey County installed a staff gauge in July, so we will have useful water level data going forward.
City of Little Canada Engineer Lee Elfring is gathering past photos from residents to estimate the historic water level of the lake. If we are able to estimate how high the lake was at specific dates, we could compare those dates with rainfall records and estimate how the lake level might respond to future rain events.

Are homes on the lake at risk of flooding?

Based on expected water levels during a 100-year flood, the risk to homes on Twin Lake is relatively low. Plus, the lake’s emergency overflow outlet is lower than the known elevations of homes on the lake. As we gather information in the coming months, we will refine our flood model for Twin Lake and advise the City of Little Canada on any needed precautions.

Has East Vadnais Lake been overflowing into Twin Lake?

Does surface algae on the lake mean it has poor water quality?

Twin Lake, like many local lakes, has seen an increase in filamentous algae in recent years. This type of algae looks like a thick green steel wool, and while it can be a nuisance, it is not always a sign of poor water quality. Twin Lake’s water quality has remained good over the past 20 years, and it consistently meets state standards for clarity, phosphorous and chlorophyll levels. 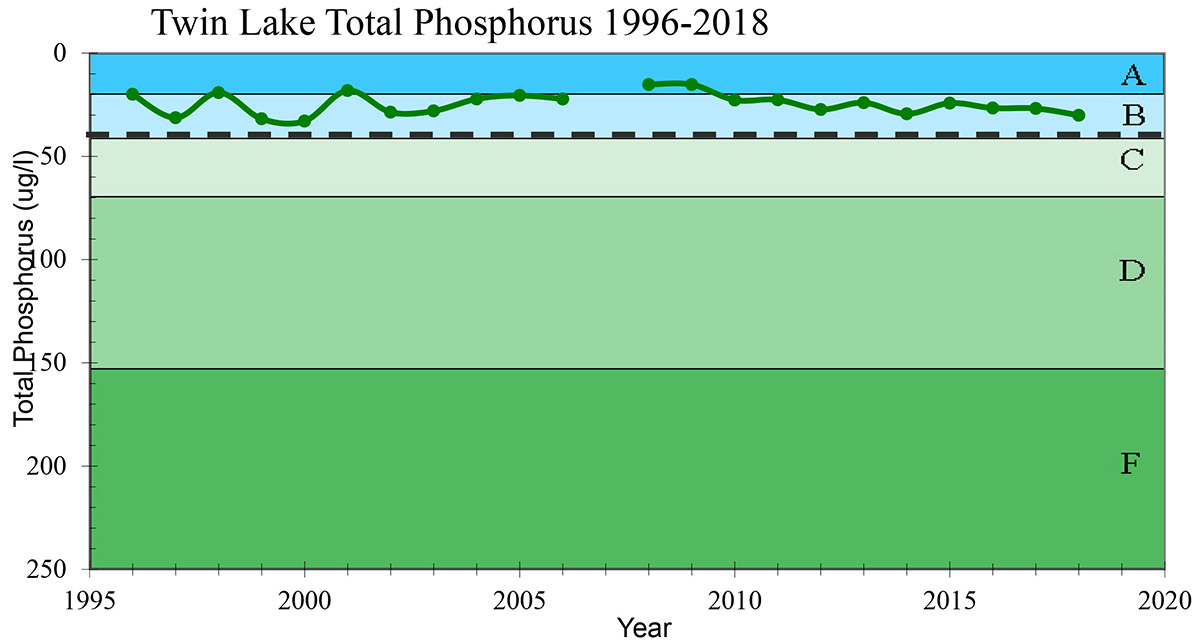 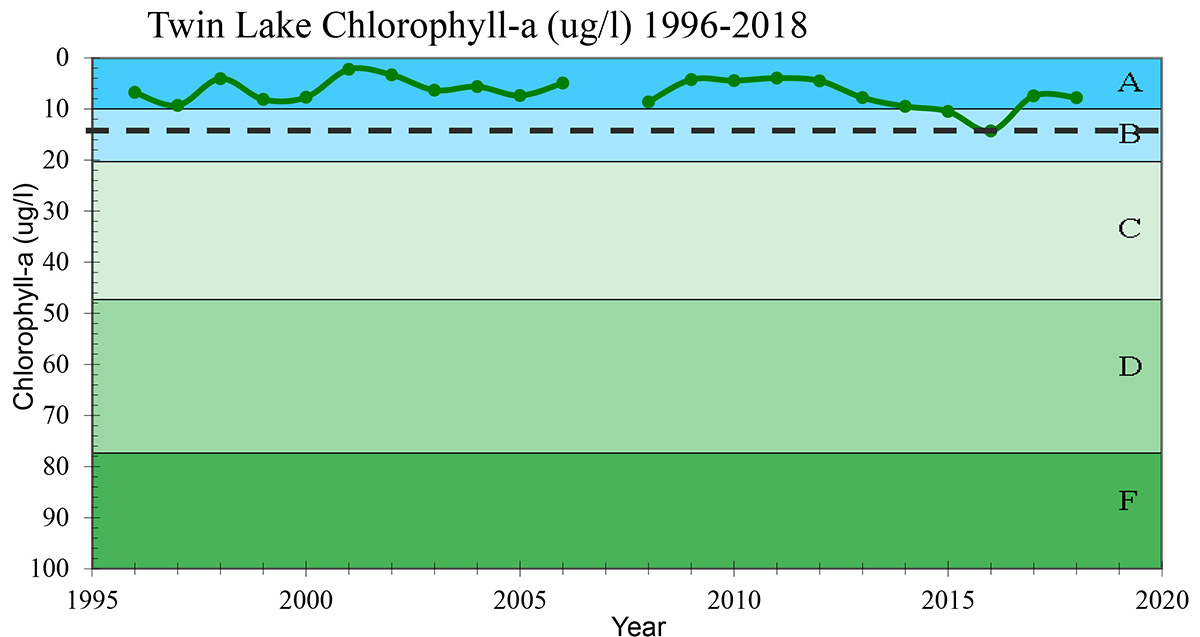 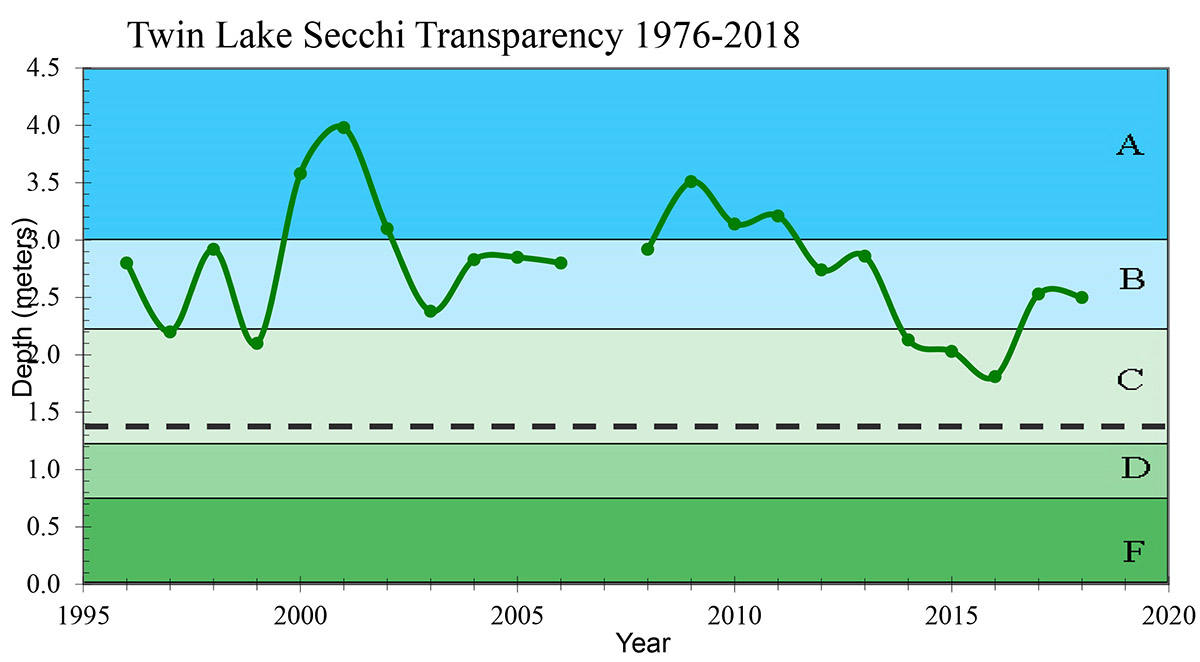 What are the next steps?

In addition to compiling past and present water level data, we will review drainage culverts, retention ponds and land use in the area to determine what effect, if any, these factors may be having on the lake level. The City of Little Canada plans to organize another public meeting this winter to provide an update to residents.