Friends of the Mississippi River (FMR) and the National Park Service’s Mississippi National River and Recreation Area (MNRRA) recently released their second edition of the State of the River Report. In 2012 the first issue of the report was released. That report helped precipitate a series of river management milestones, including the closing of the Upper St. Anthony Lock, statewide phase-outs of triclosan and coal tar sealants and improved targeting of state clean water funds.

It will be exciting to see what milestones emerge in coming years in response to the latest report. 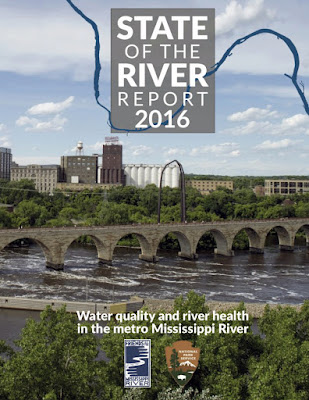 The 2016 report, available online here, highlights fourteen key indicators of river health and ecological health and presents each in a way that non-scientists can understand. The report examines the status and trends of each indicator and suggests strategies for improvement moving forward.

The report breaks these indicators into five categories related to flow, swimming and recreation, ecological health and other river contaminants.

These are several issues in the report that stood out as Weller and Russell summarized the State of the River Report 2016 at the Science Museum on the evening of September 22.

Let’s start with some of the good news …

The metro river is home to a resilient population of bald eagles.

Currently the metro river is home to approximately 55 active nesting sites. This is approximately a 35% increase since 2011, indicating a strong and stable bald eagle population. Research is tracking this productive eagle population, which averages about one and a half nestlings per nest, well over the threshold for a healthy population. Research has shown that cottonwoods, eagles’ preferred nesting trees, are not regenerating successfully in the metro river corridor. Research into cottonwood regeneration methods holds promise for sustaining a healthy population, but it is important to develop and implement a river reforestation plan to ensure healthy habitat for eagles in the future.

Some native mussels are being reestablished in the metro river.

The discharge of untreated waste to the river through the early 1900’s eliminated the mussel population downstream of St. Anthony Falls. Since then mussels have responded favorably to improved sewage treatment, the separation of storm sewers from sanitary sewers and other water quality improvements.


There has been an increase in the diversity and quality of the river’s fishery, particularly smallmouth bass and walleye, since the 1970’s.

The trophy walleye fishery between the Ford Dam and the Hastings Dam is one of the highest quality urban fisheries in the United States. The small bass fishery upstream of the Coon Rapids Dam is considered world-class. It is estimated that more than 129 species of fish (120 native, 9 introduced) live in the river up to St. Anthony Falls. An estimated 86 species are now found above the falls.

There are catch and release regulations for the river between the Ford and Hastings Dams for walleye, sauger, largemouth bass and smallmouth bass, as well as for muskellunge, above the Coon Rapids Dam. These fish may be caught, but must be returned alive to the water. These guidelines were established to protect and maintain high quality fish populations.

Now for the not-so-good news … 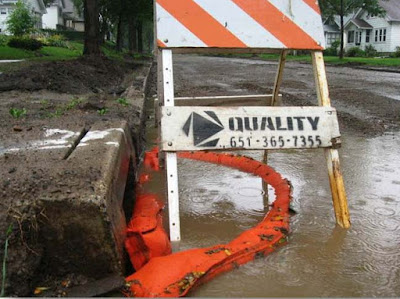 There are a number of indicators that are cause for concern. The river is impaired by excess sediment, bacteria and phosphorous. Fish consumption guidelines are in place throughout the river due to elevated levels of contaminants like PFOS and mercury. The river meets standards for chloride, but levels are increasing throughout the metro area. River flows have multiplied to worrisome levels. Nitrate concentration has increased substantially. Invasive Asian carp continue to move upstream.

There are several emerging issues on the horizon – microplastic fibers, pharmaceuticals and triclosan-derived dioxins in the metro river pose uncertain risks to aquatic life and health. Additional research and collective action are required to mitigate their potential long-term impacts.

FMR has a Stewardship Guide that highlights the “top 10” stewardship actions that you can take with your friends and neighbors to help protect and restore the Mississippi River and its watershed for future generations. Download it here. There’s also a Teachers Guide.


FLOW
Metro river flows have increased by 24% over the last seventy years.

The timing, amount and intensity of rain and snow can impact river flow which naturally varies seasonally and from year to year. There are positives and negatives to high and low flows. High flows can cause erosion, degrade habitat and carry more pollutants into the river system. But they can also restore natural floodplains and dilute concentrations of some key pollutants. Low flows tend to deliver less pollution to the river, but they can also amplify the effect of sources like wastewater treatment plants.

In developed areas, hard surfaces such as roads, roofs, driveways and parking lots contribute run-off that increases flows into nearby water bodies. In agricultural areas, row crops and artificially drained fields result in increased runoff which typically leads to higher flows downstream. These seemingly small changes in runoff, spread over a large landscape have significant impacts on river flow and hydrology. 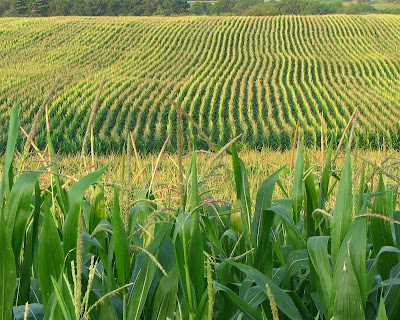 Much of Minnesota’s native prairies and wetlands have been converted to row crop agriculture. While native landscapes absorb and transpire water effectively, annual crops only consume water during a portion of the year, allowing a great share of annual precipitation to enter surface waters. The Minnesota River, an important influence on the Mississippi River, has significantly more flow per unit of precipitation than it used to. Increases in rainfall due to climate change may also be responsible for a portion of recent increases in river flows.

Farmers can adopt changes to cropping systems, increase perennial vegetation on the landscape during spring and fall (before and after row crop establishment and harvest). Residents and cities can install rain gardens, rain barrels, pervious pavers, green roofs and restore native landscapes.


BACTERIA
Parts of the river are impaired with excess bacteria posing health risks for recreational users.

Many parts of the river from its confluence with the Crow River (in Dayton) downstream through St. Paul have average bacteria concentrations that are too high. These reaches are “impaired” for E. coli. It is recommended that swimming or other recreational contact be limited in impaired sections of the river and that it be avoided everywhere in the river within 48 hours of a rainstorm (including storms upstream). Recreational users are advised to be especially cautious downstream of storm drain outlets. For a map of impaired stretches of the river, see page 17 in the report.

Clean up your pet waste, make sure septic systems are up-to-date and reduce run-off at home and in your community. 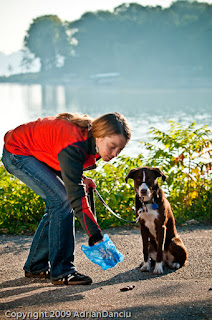 PHOSPHORUS
Portions of the river are impaired with too much phosphorus.

Historically wastewater treatment plants have been significant sources of phosphorus to surface waters in Minnesota. Metropolitan Council wastewater treatment plants have made phosphorus reductions of 88% since 2000, significantly helping the river. Overall 57% of phosphorus in the metro Mississippi River comes from the Minnesota River in an average flow year. Because remaining phosphorus pollution is largely linked to unregulated agricultural runoff, future improvements will require substantial reductions in cropland, pasture and rural runoff, along with curtained stream bank erosion.

You can reduce the run-off from your lawn or driveway by planting native plants, building rain gardens and directing your downspouts to your lawn so the rain soaks in instead of picking up dirt and other phosphorus containing materials that can be carried into the sewer and then to the river.


CHLORIDE
Levels are increasing throughout the metro area.

The river is currently well below the state’s chloride standards to protect aquatic life. However, many tributaries, lakes and wetlands fail to meet these standards. Thirty-nine tested metro area water bodies are impaired for excess chloride with another 38 close to exceeding standards. Twenty-seven percent of the metro area sand and gravel wells exceed federal guides. Chloride levels in the metro area increased by 81% from 1985-2014.

Residents can do their part by using de-icing chemicals sparingly and not apply traditional rock salt in temperatures below 15 degrees F when it is no longer effective.

MICROPLASTICS
Fibers are the most common microplastic in the river.

Microplastics are tiny pieces of plastic that end up in the environment through the breakdown of litter, car tire wear, or after plastics in clothing and consumer products are washed down the drain. Consumers may be most familiar with microbeads, which manufacturer began adding to facial washes, toothpastes and other products as an abrasive agent in the late 1990’s. They began showing up in surface waters by the mid-2000’s. Wastewater facilities are not designed to remove these contaminants.

In December of 2015 the US Congress passed legislation to phase out plastic microbeads from personal care products, effective on July 1, 2017.

While microbeads have captured the attention of consumer advocates and lawmakers, it is fibers rather than microbeads that are the primary source of microplastic pollution in the metro river. These fibers come from synthetic fabrics such as microfleece, polyester and nylon and are shed during machine washing, as well as through atmospheric deposition. Many are dense and sink, especially in low-velocity waters.

Microplastics can block or damage feeding apparatus, digestive tracts and circulatory systems in invertebrates, fish, mussels and birds. Studies have documented liver stress, early tumor formation and potential reduction in feeding. They also may pose some human health hazards such as intestinal inflammation, effects on gut flora and the immune system. See the report for more information.

Recently the U.S. Geological Survey, in partnership with the National Park Service, began sampling river water, sediment, and fish and mussel tissue for microplastics in the metro river. Preliminary results indicate that fibers are the dominant type of microplastic in these samples. Fibers represent about 90% of the microplastics accumulating in metro river sediment.

Download the smartphone app from www.beatthemicrobead.org to scan product labels and determine whether they contain microbeads. Consumers can also choose clothing made from natural fibers, avoid single-use plastics such as plastic bags and take-out containers, and remain careful not to litter or flush plastic materials down the toilet.

While the challenges we face are complex and daunting, the river today is healthier, thanks to the actions of those who have come before us. The return of abundant wildlife to a once-troubled river is evidence that restoring the Mississippi is possible through shared commitment and decisive public action. With strong leadership and action by river supporters we can pass on a healthier and more resilient Mississippi River to future generations.

Thank you to the State of the River 2016 report for much of the text in this article.