This unique wetland area is one of Minnesota’s southernmost tamarack swamps. 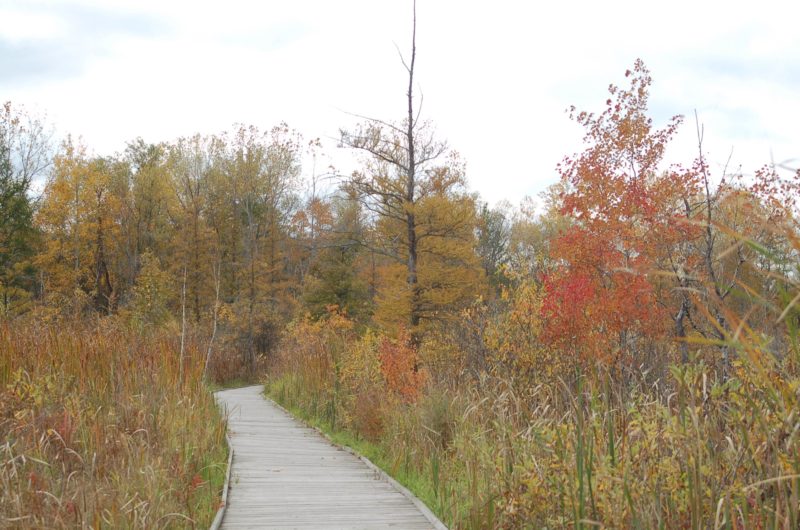 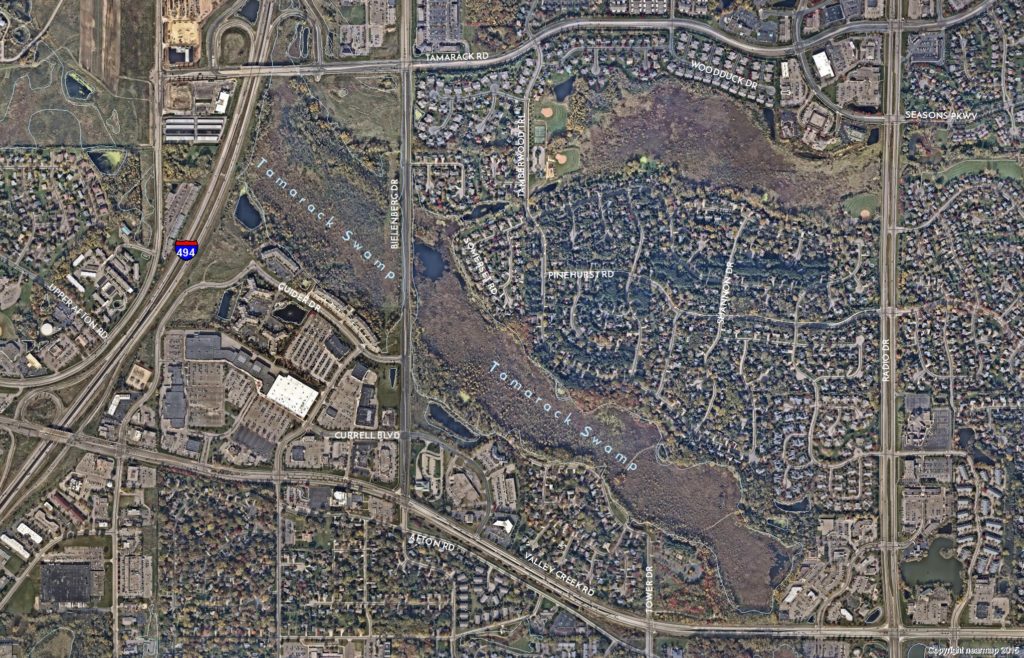 Tamarack Swamp, a wetland found in the southeast portion of the Battle Creek Lake subwatershed, is the largest and most ecologically diverse wetland in the District. It is classified as a site of high biodiversity significance.

The wetland is named for the tamarack tree, a cold‑climate conifer found in far northern latitudes, but quite rare in this part of the state. Also known as an eastern larch, the tamarack is native to North America and among the few species of conifer that loses its needles each winter.

The City of Woodbury has installed a series of boardwalks and walking paths for residents to explore this unique resource.

The path to a virtual nature center at Tamarack Preserve