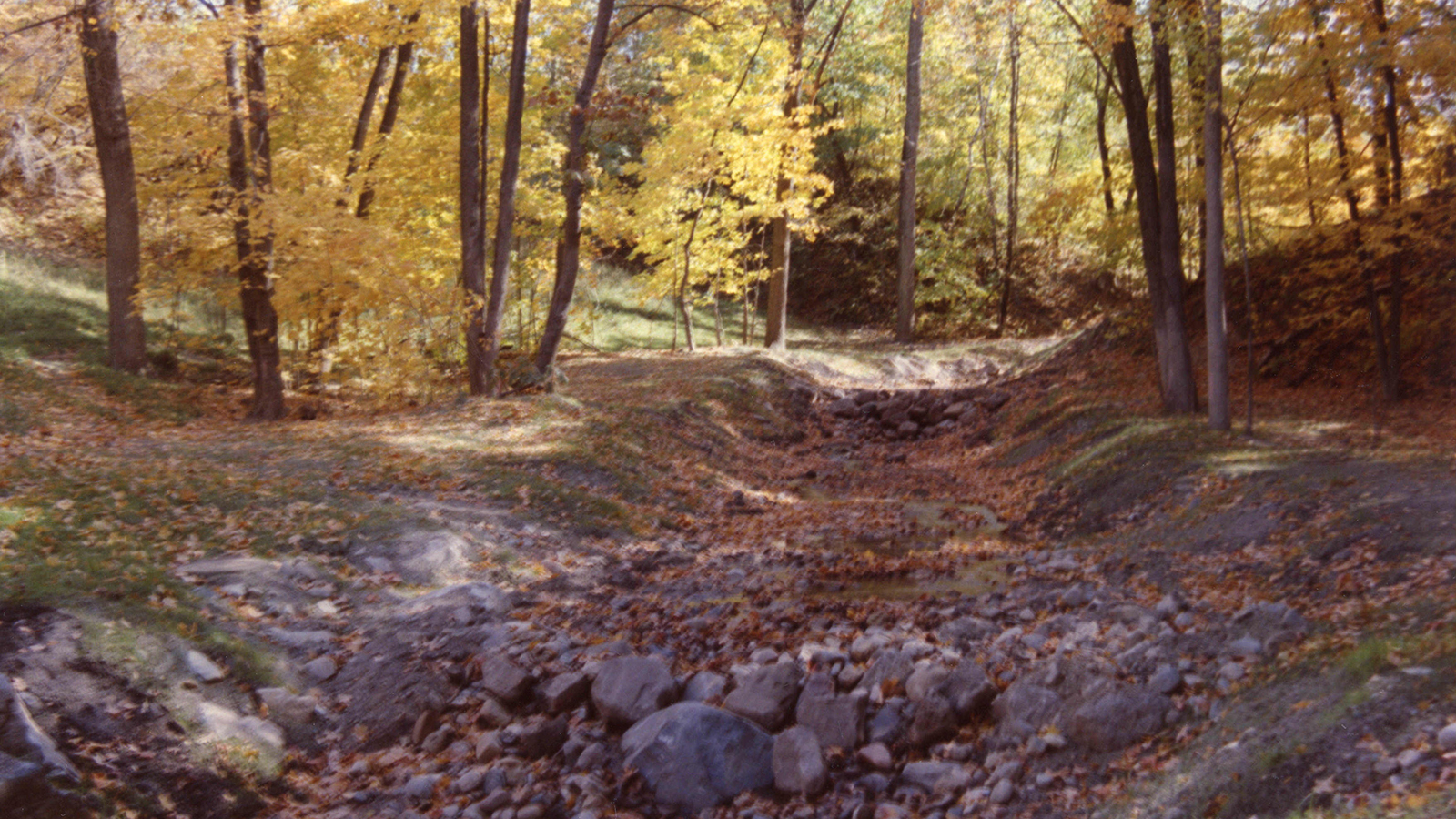 The original Fish Creek project in 1988 was required to stabilize the creek bed and prevent further bank erosion caused by increasing stormwater flows due to upstream urbanization. Original plans were to only stabilize the eroded areas; however, after placing survey markers to monitor the extent of continuing erosion, we found the creek bed had dropped up to three feet after a July 1987 storm event.

Therefore, the project scope was expanded to include an underground pipe for flood flows in the steepest section of the creek (about one-half mile). A surface channel was reconstructed for low flows. The project also included development of three upstream control structures to delay storm flows

After another major storm in October 2005, considerable damage impacted a series of embankments in the Fish Creek ravine. The creek had to be temporarily rerouted to allow District staff to fully assess the damage for permanent repair and restoration. After the assessment, it became evident that numerous areas throughout the ravine were severely damaged and eroded. 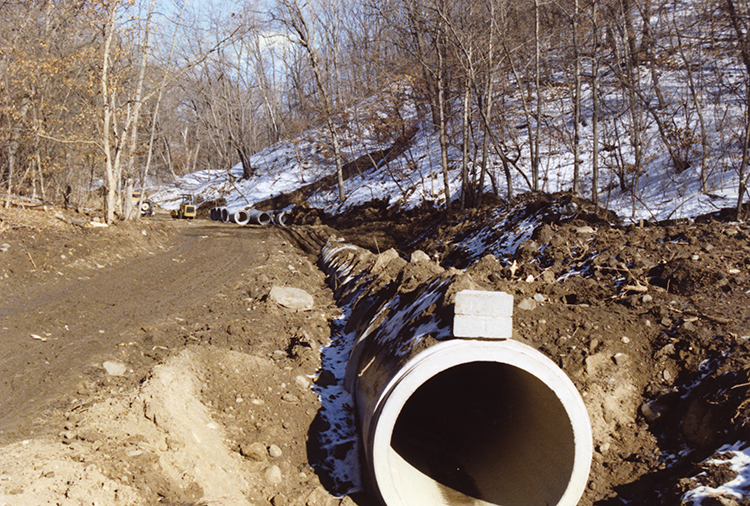 Approximately 900 feet of channel and seven waterfall drop structures were reinforced and/or reconstructed. Additionally, three earth dams were removed to restore an open creek from I-494 to Highway 61. The flood flow pipeline was extended approximately 600 feet, and a new diversion structure was installed near I-494.

The flood flow pipeline extension now forces damaging flows to remain in the pipe until they discharge onto bedrock 400 feet upstream of Highway 61. The diversion structure routes low flows above ground to sustain the creek.