The Life and Times of the Phalen Chain talk by Dr. Carrie Jennings, Minnesota DNR geologist, filmed at the Watershed District’s annual LEAP ceremony at HB Fuller headquarters last fall is now available on YouTube, thanks to the efforts of GTN filmmaker Chuck Turning. In her talk, Jennings brings to life the dynamic history of this area in our watershed, joking with the audience that “I’m only going to talk about the last two million years.”

If you missed the show and want to brush up on your geological facts or delve further into the mysteries of this Chain of Lakes, fret no more. It’s all there at http://www.youtube.com/watch?v=DXa1AOrjeI4 including a two minute prelude from the LEAP ceremony that includes slides of this year’s winners before her talk begins. There’s even some speculation about the existence of a waterfall at the end of Lake Phalen eons ago that migrated upstream during the drainage of the River Warren and some theorizing about why the rainbow darter exists in Phalen Lake and no other lake in Minnesota. But you’ll have to watch the video to hear more about that!

Carrie starts her presentation with a map of Minnesota and a question, “Have our lakes and rivers always been this way? We have three main watersheds that drain to the Mississippi and one that drains north. We don’t question whether these rivers have always been this way. This is a temporary and recent situation.”

She introduces us to a new term – “Palimpsest” and goes on to explain that Phalen Lake is in a Palimpsest valley. A Palimpsest valley is one that has existed before but is partially eroded. Palimpsest comes from the Greek language meaning “again scraped.” It refers to manuscripts at a time when there was a shortage of things to write on. They would write something on a manuscript, then using a variety of tools ( maybe a knife or some pumice) they would scrape it and then soak it with milk, cheese or lime, then write on it again, usually in another direction. You could still kind of see what was below.” 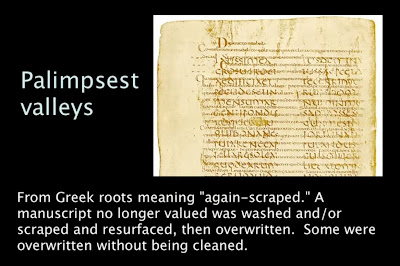 Jennings goes on to explain, “That’s what glaciation has done to this landscape. There have been multiple glaciations across this region and they have partially erased the river valleys that have been there before but there is still some trace of what was there prior to that. Phalen represents that trace of a much older valley. Glaciations fill in these older valleys. I like to think of it as frosting. Every time you have a new glaciation you are refrosting some landscape that was there before.”

I thought I knew something about the history of Lake Phalen but now I know it was just a drop in the bucket. The plot just got thicker thanks to Carrie’s un-layering of the last two million years.  She perked my appetite for learning a lot more about the history mysteries of the Phalen Chain.   Check out the video to learn more!  Leave your comments below saying your favorite new-found fact. 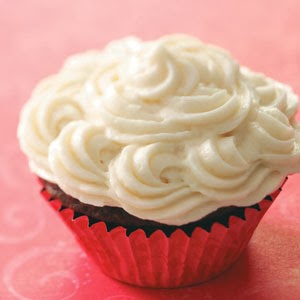