If you think we have had a lot of rain recently, you’re right. This spring is the second wettest year-to-date since 1871. I didn’t even know they kept records that far back.

****UPDATE: In the short bit of time between press time and now, we have surpassed the previous front-runner to become the wettest spring (wettest June as well) in recorded history. ****

We get numerous calls and questions about water runoff, rainfall, lake levels, wet basements, and more. I don’t expect residents to understand weather and stormwater, but it is always surprising to me that many people do not put rainfall and water issues together.

Typically, Minnesotans are very conscious of the weather, but I have learned that most people are interested in weather as it affects their outdoor activities, but often don’t connect it with flooding issues or things like wet basements. I have even had lakeshore residents complain about high lake levels and not connect it with recent heavy rainfall events.


Over the years we have learned some basic things about rainfall and water issues, but we are continually challenged to try to anticipate and hopefully eliminate the flooding of living structures from flooding lakes, streams, or wetlands. Cities and the District do not try to prevent temporary flooding of yards, ball fields or parks. These areas are needed to temporarily store flood waters.


This year’s weather has presented us with an interesting twist on the usual situation. Typically after a high snow year (like last winter) we would be concerned about spring flooding along river systems. It didn’t happen this year due to a good long duration snowmelt. However, what did happen in the upland areas is that the snowmelt thoroughly saturated the ground. When we received our heavy rains at the end of April and early May, there was a high amount of stormwater runoff, because it couldn’t soak into the ground (infiltrate). This also further raised the surficial ground water levels and caused a number of wet yards and basements that very rarely are wet. We have heard stories of wet basements that have never been wet in 30 or 40 years. Many of these have water coming through the floor and not the walls. This is ground water pressure pushing water up against the concrete floor. This won’t change until the ground water level goes down. 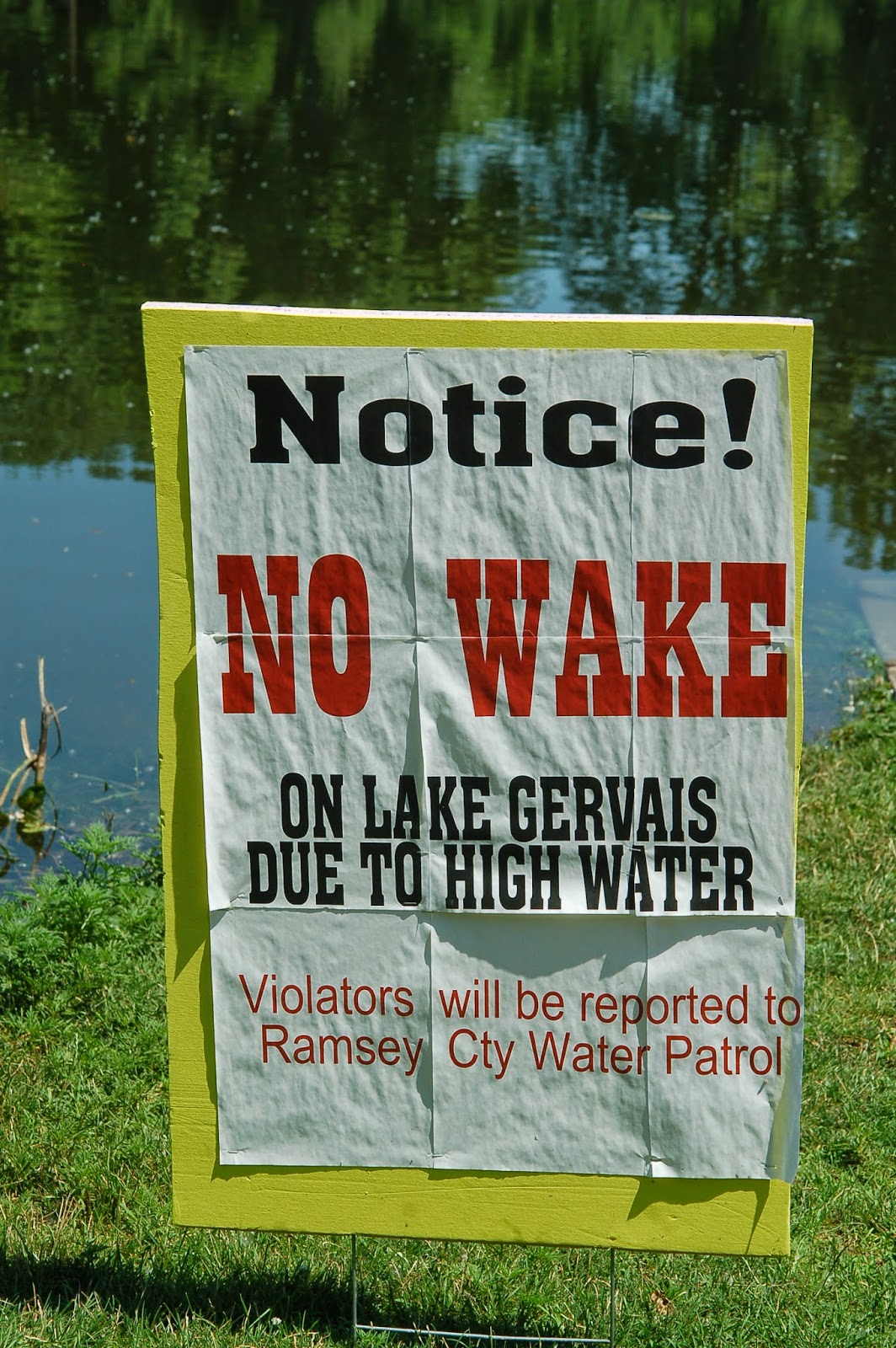 Then we received several additional large rainfall events throughout May to add to our problems. At one point in May I remember the weatherman say that there were only a couple of days without some rain over a several week period. We are still seeing lakes at one to two feet above normal levels. Several boating restrictions are on area lakes to limit damage to shorelines from wakes. Lake Minnetonka now has a no-wake restriction over the entire lake. Lake Gervais has had no-wake restrictions twice this spring.

Does this have anything to do with climate change?

It actually does. We are seeing more and more extreme events and weather patterns. We have recently seen the high amounts of rainfall, but other areas of the country have seen not only extremely high rainfall, but more tornadoes. The west has seen extreme fluctuations in weather and a continuing draught.

A major study was recently completed to analyze the past 30 years of weather data and produce new values for what is considered our critical rainfall amounts and durations. Many of you may be familiar with what we call the 100 year storm event or the 1% chance storm. I often hear people comment that we seem to be getting the 100 year event every year. They are not far off. We used to design our projects and conduct or modeling based on data published in a report called “TP 40.” This TP 40 data was based on rainfall data from before 1970. This report said that in this area of Minnesota, a 6.4-inch rainfall event over 24 hours was a 100 year event. There were also standards for shorter duration events (2 hour, 4, hour, etc.). The new study, Atlas 14, is showing that we should be planning for a 7.9 inch 100 year frequency 24-hour duration event. That additional rainfall is very significant.

Over the past 25 years, the District has completed several projects to address flooding problems identified by our modeling using the TP 40 data. We are now in the process of reevaluating our watershed modeling using this new information to see if additional structures or infrastructure are in danger of being flooded. If there are new structures in jeopardy, we will be working with our communities to prepare plans for improvements to protect the structures or preparing contingency plans to protect these properties.

The scary thing is that this new Atlas 14 information is looking into the past. We know we are continuing to experience changes in our weather patterns that may be worse in the years to come. The problem is that we have a built environment with constructed streets, and storm sewer systems. These systems cannot be changed easily to respond to our new weather patterns. Retrofitting these systems will be difficult and expensive and it takes time. The best we can do is usually to plan for the best overland drainage possible without causing damage to property or infrastructure.

We are responding to these issues as best we can and will be working with our cities and counties to make every attempt to safeguard our residents.

In our past planning and modeling efforts, we have identified the flooding issues and areas that are of concern. We have completed several capital projects and emergency response plans to solve or respond to flooding events.