Author Darby Nelson’s most vivid childhood recollections of a lake came the day his mother rented a rowboat at the municipal dock and they rowed up a long stretch of shore. What did he see?

“ A mysterious forest of skinny green stems with broad, wrinkled leaves reached up out of the yellow-brown depths toward the boat … tiny fish darted to hiding places within the greenery … a tiny red globe of an insect-like creature rested on the tip of a submerged leaf … but above all, I remembered the crystal clarity of the water.”

Ramsey-Washington Metro Watershed District and the St. Paul District Five Community Planning Council are pleased to co-sponsor a talk by Darby Nelson, author of the book For Love of Lakes, on Tuesday, September 15, from 6:30 – 8:00 PM at Arlington Hills Lutheran Church, in the Fellowship Hall, 1115 Greenbrier Street, St. Paul. This event is free and open to the public.

In a cover note, John J. Magnuson, Emeritus Professor of Zoology and Limnology, University of Wisconsin, writes,
“His book weaves a descriptive tapestry of history, science, emotion, logic and lake natural history for all who love lakes or enjoy nature writing.”
Bill McKibben, author of Earth: Making a Life on a Tough New Planet, commented about Darby’s book:

“For those of us who live in lake country, nothing is as fine as the mist rising in the early morning, or the pickerelweed in the midday sun, or the beaver slapping at dusk. Darby Nelson captures this glory; more, he tells how we might preserve it against the myriad abuses now plaguing our freshwater oasis.” 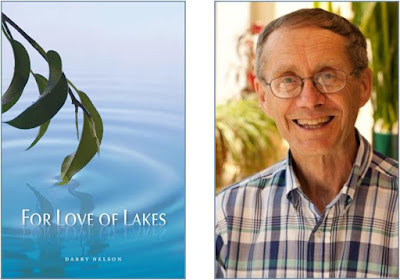 Darby Nelson, born and raised in Minnesota, is a free-lance writer and conservation activist. He received his Ph.D. in aquatic ecology at the University of Minnesota and taught biology and environmental science at Anoka-Ramsey Community College for 35 years.

Nelson has served three terms as a Minnesota state legislator and has received awards from the Sierra Club, The Minnesota Pollution Control Agency, and Izaak Walton League. He has served on The Nature Conservancy and Freshwater Society boards and the Lessard-Sams Outdoor Heritage Council and is now on the board of Conservation Minnesota.

In his intro to his book, Darby explains, “We say we love our lakes, yet we not only allow but participate in their deterioration. Despite our professed love, nationwide more than 43 percent of surveyed lakes and 80 percent of urban lakes do not meet water quality standards.” 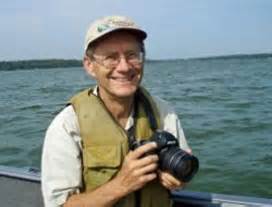 He says his puzzlement with this paradox finally bubbled over, leading him to set out on a “cut-off blue jeans and soggy tennis shoes journey of paddling and wading, listening and sniffing, turning over stones and touching, and reflecting and examining the birthing chamber of perceptions.” It was a journey that took him to large lakes and small, from Minnesota to Canada, New England, and lakes in between seeking answers.

Darby explains that his background in science and teaching initially led him to expect the paradox arose because of peoples’ lack of understanding of how aquatic systems worked, that with expanded informational programs, our behavior toward lakes might improve, that inadequate knowledge could easily result in inadvertent actions that degrade lakes.

Nelson discovered that although information can be helpful, there is more to the paradox than lack of education. A plethora of other factors can and do influence our behaviors toward lakes: 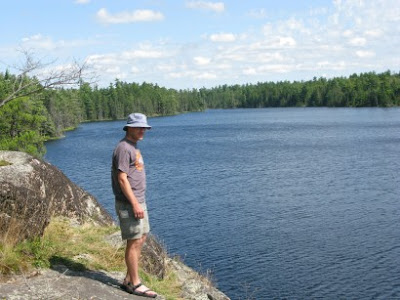 Darby acknowledges that public health studies show that education efforts have failed miserably to change behavior compared to the much greater success of emotional engagement. Public health expert, Valerie Curtis, argues that “to break unhealthy habits, campaigns need to target emotions, because they are the decision makers. Where the heart leads, the habits will follow.” Lake stewardship campaigns might well learn from the experience of the public health folks.

Darby speaks both from the head and the heart so you’ll want to do your best to catch him at his talk on September 15 and let him inspire you to find your own unique way to “love a lake.”

Credit: material for this article was borrowed liberally from Darby Nelson’s website, www.darbynelson.com.