Eric Sommers is a local glass blower and multi-talented artist who submitted the final winning proposal for the Watershed District’s 2014 Watershed Excellence Awards for 2014. Each of the recipients of these awards received one of Eric’s unique and customized creations. His winning design produced 6 clear glass-blown spheres with individualized colorations that evoke the nuances of water.

RWMWD initiated its Watershed Excellence Awards Program in 2013. That year, an artist Aaron Dysart created the design and crafted the physical awards presented for six categories of excellence in watershed stewardship. An image of the 2013 award is available HERE. In 2014 a call for artists went out into the community in late summer to solicit design suggestions. Three proposals were received. Each artist who submitted one received $50 for their concept plan. The Citizen Advisory Commission reviewed the proposals and selected Sommers to be the artist to produce his design for this year’s awards. The Watershed District intends to solicit new design concepts each year for the award program. 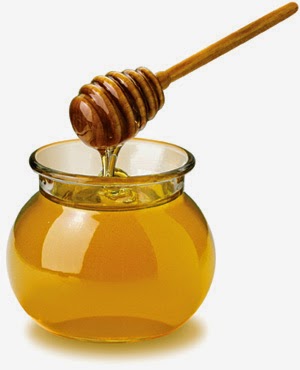 Sommers, the glass artist explains his process of creating the awards for this year,

“In its liquid state (2100 degrees F) molten glass is the consistency of honey in a jar.”

A definition for “gathering,” one of the glass-blowing terms Eric refers to is this: “The process of free-blowing involves the blowing of short puffs of air into a molten portion of glass called a ‘”gather” which has been spooled at one end of the blowpipe.” [Source: Wikipedia]

“The first gather of clear glass adheres to a heated steel rod and is about the size of my thumb. A thread of blue glass is attached spiraling around the clear core and heated until smooth. The process is repeated a second time.

The piece grows to full size on the third gather and is shaped into a symmetrical sphere. The last step is to attach a larger blue thread around the bottom half of the sphere, below the equator and above the bottom third. Next it is heated enough to half melt the blue thread which can then be pulled with a metal hook tool to make a blue wave pattern. This attachment is organic and textured with the final shaping done with a graphite paddle or cherry wood block.”

Eric completed the process of making the awards by mounting the spheres on a block of cherry. He says that’s one of his favorite kinds of wood. He placed a piece of white marble on top of the wood block and had the awardees’ names and the titles of their awards engraved in the wood.

“Glass blowing hooks you,” comments Eric. He studied at St. Cloud State University in the mid 1980’s where he became a regular in the glass blowing studio on campus. Prior to that he learned pottery first at Robbinsdale High School and then went to North Hennepin Community College where he “threw pottery” for two years and as he puts it, ”I got up the guts to do the glass blowing thing.”

“It’s an incredible material. I love working with clay too. I have lots of interests as most artists and creative thinkers do.”

There is a connection between Eric’s art, where he lives and the watershed accomplishments he is honoring with his creations. He explains,

“My wife’s and my home of 22 years faces the Mississippi in Brooklyn Center next to North Mississippi Regional Park. Dawn’s career with Three Rivers Park District and the Minneapolis Park and Recreation Board shares in emphasizing the importance of clean water. The parallels of the art medium I have been fascinated with for over 25 years and the Watershed District’s mission of clean water are apparent.” 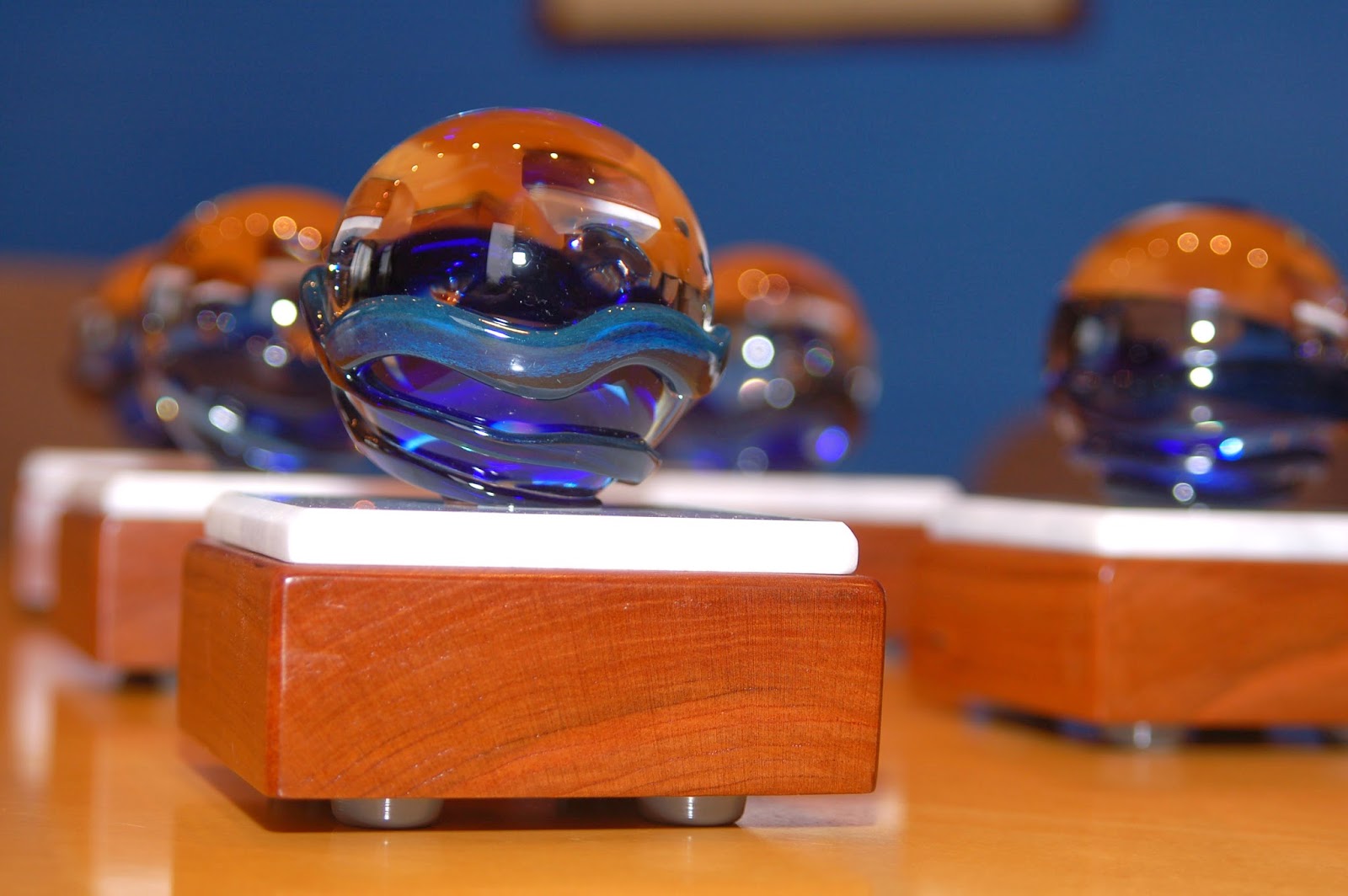 In his design proposal, Eric described the symbolism in his art work;

“The sphere represents our shared earth,

the clear glass our intent to protect its amazing resources

and the colorant reflects the movement of water that gives our blue planet life.”

That’s a strong visual message that honors the commitment and achievements of each of our Watershed Heroes in 2015. Thanks, Eric for your artistic efforts!
﻿﻿﻿