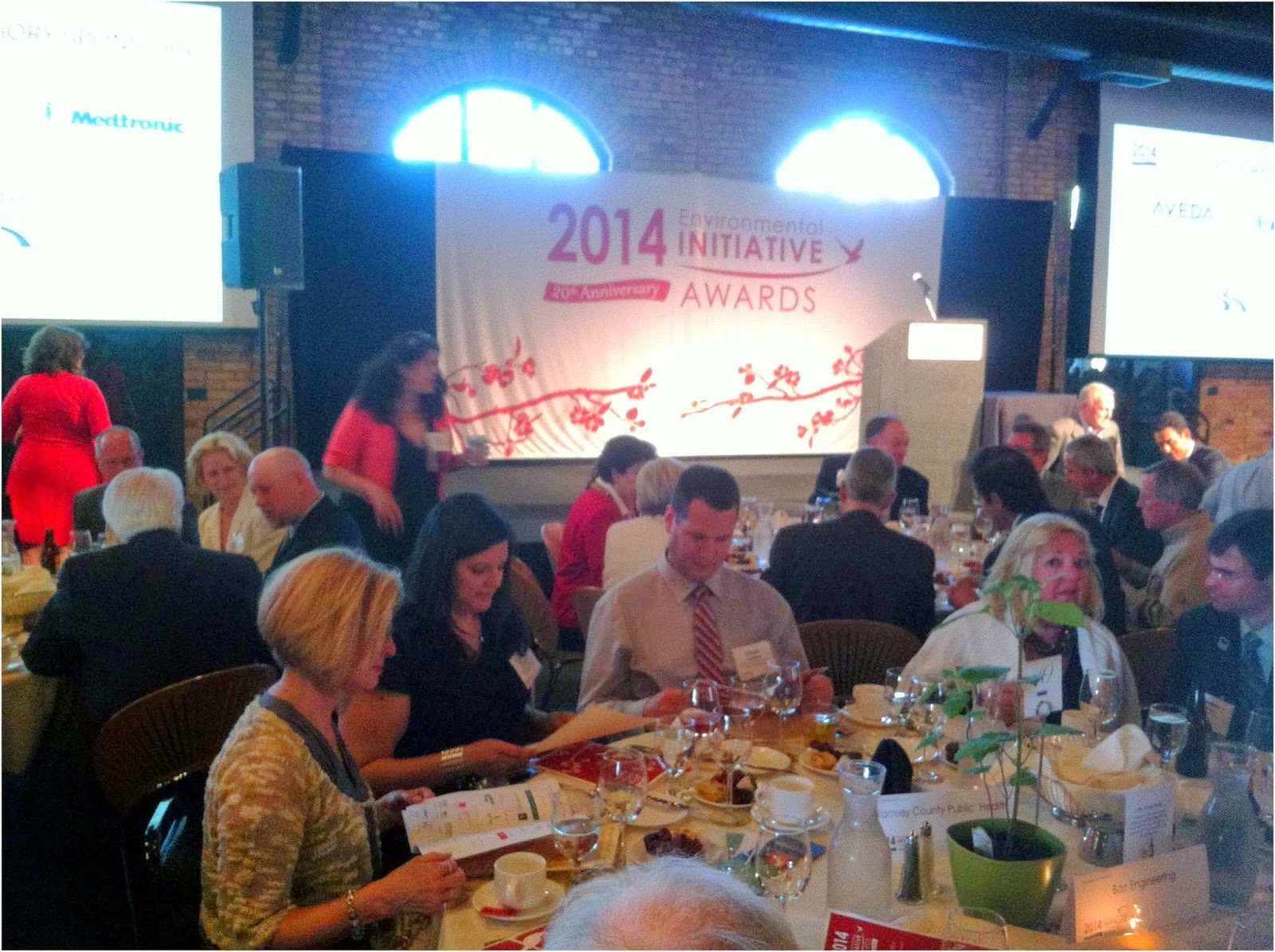 The Environmental Initiative is a Minnesota non-profit whose mission is to build the partnerships needed to address complex environmental problems. One of their major programs each year is to recognize major programs and projects that honor collaborative environmental projects from across Minnesota. Through a nominations and judging process, finalists are selected and are presented at the Annual Awards event. The District nominated two projects: The Maplewood Mall Volume Reduction Retrofit Project and the Maplewood Living Streets Project. Both projects were selected as finalists.

A good contingency of staff and managers attended the event on May 22 at the Nicollet Island Pavilion. It was a beautiful night and an exciting and fun event. There were 6 categories of awards with three finalists in each category. They were all excellent projects and all deserving of recognition. The event was run like the Academy Awards where each finalist project was reviewed and recognized and the final award winner announced. The event emcee was Frank Vascellaro, evening news anchor at WCCO. 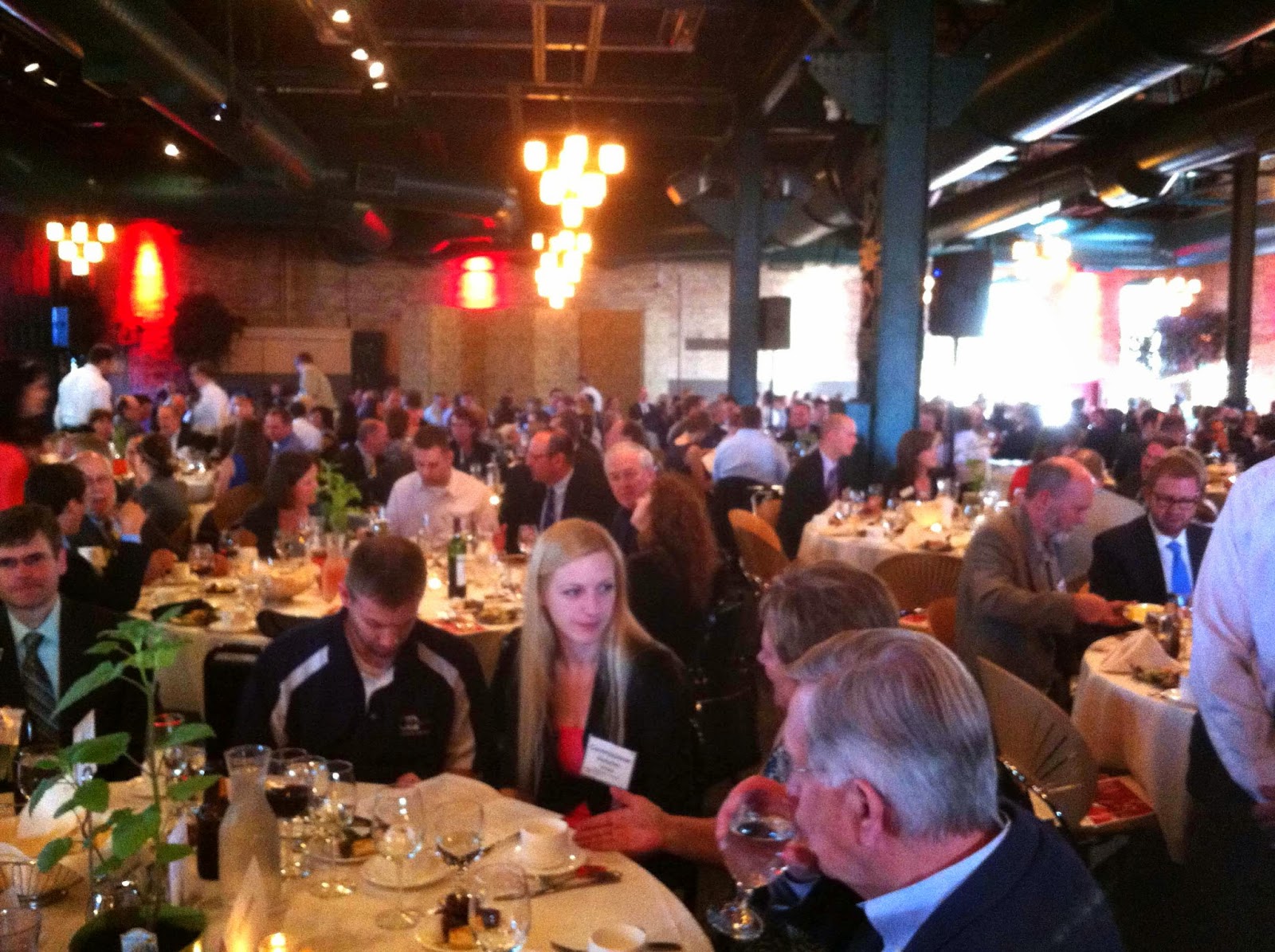 The Maplewood Mall Project was a finalist in the Natural Resources category along with The St. Louis River Area of Concern Remedial Action Plan and the Clearwater River Watershed Targeted Fertilizer Application Program. The Living Streets Project was a finalist in the Community Action category with the Frogtown Park and Farm and Project Sweetie Pie from North Minneapolis.

Unfortunately, neither of our projects were winners, but two very deserving projects were. The Clearwater River Watershed District project and Project Sweetie Pie were the award winners in their categories. Project Sweetie Pie was also selected as the Partnership of the Year. It was very tough competition, but we all felt honored to be a finalist and recognized at the event in front of 480 attendees. This year’s event marked the 20th anniversary of the event and had the largest attendance.