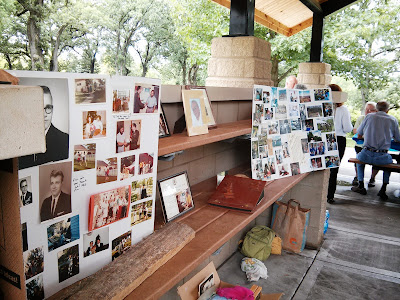 July 13 turned out to be very nice day after some overnight rain. The informal memorial event organized by Roger’s family was very appropriate to commemorate a lifetime of service to improve the environment and water management in Ramsey-Washington Metro Watershed District (RWMWD). Roger, RWMWD’s long time Board President, was an outdoorsman at heart and the open picnic shelter at Battle Creek Regional Park was an appropriate site.

Roger’s son Dan organized the event and, after some socializing and refreshments, talked of Roger’s life and his love of Minnesota’s plants and water. Several other people spoke of Roger’s contributions to protection of valuable plants and animals in his role as wildlife researcher at the Minnesota Department of Natural Resources. Cliff Aichinger, RWMWD Administrator, spoke of Roger’s 35 year dedication to the District and his significant contributions to the management of the District. He mentioned that Battle Creek was a very appropriate location for his memorial, since Roger played a major part in the planning and implementation of the final project to restore the creek and manage the significant flows in the creek after the development of St. Paul’s east side and Maplewood and Woodbury.

Cliff also spoke to Roger’s long time Board Presidency and his ability to effectively chair Board meetings and insure the contribution of all Managers to the decision making process. Roger’s calm demeanor, thorough preparation, and his excellent facilitation skills, insured that the Board adequately addressed major issues and came to consensus agreement on the best approach to solve the many complicated issues that arose over the years.

Cliff acknowledged Roger’s role in addressing major milestones for the District including the Battle Creek Project, the continuing Capital Improvements Program and projects, hiring of the District’s first administrator, growth of the District staff, construction of the District office building and much more. Cliff expressed the sentiment that he will be sorely missed by all the Board and staff. 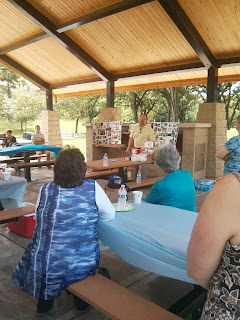