A hundred thirty leaders, partners and volunteers joined the Ramsey-Washington Metro Watershed District to honor winners of the 2014 LEAP (Landscape Ecology Awards Program) and the Watershed Excellence awards at a recognition dinner held at Keller Golf Course Clubhouse in Maplewood on November 19.

LEAP recognizes private, public and commercial landowners in the Watershed District that use good land management practices to preserve and improve water quality and natural resources. Dana Larsen-Ramsay and Mark Gernes, LEAP co-chairs since its inception 13 years ago, presented the awards to four private landowners in Little Canada, Maplewood and White Bear Lake. Cliff Aichinger, who recently retired after 26 years as the District’s administrator, received special recognition for his visionary leadership.

And the Winners Are…….(in no particular order)

Eric Netteberg and Julie Wrase of 636 Labore Rd in Little Canada installed a prairie using 100% native Minnesota plants on their 2.5 acre yard. Motivated by not wanting to mow turf grass and wanting to attract birds, pollinators and other wildlife, the Netteberg-Wrases embarked on an experiment to replace their lawn with wild plants.  Eric noted “the prairie changes from year to year and season to season.”
﻿﻿﻿

In the first year they reported seeing an increase in wildlife and now routinely see fox, turkeys, hawks, groundhogs and other birds and butterflies.

Matt & Debbie Ledvina of 1173 Lakewood Drive S in Maplewood involved the entire family in installing a raingarden to capture runoff from the street and have it seep naturally into the ground. The Ledvinas worked with the city of Maplewood in 2012 to design the raingarden with a curb cut and a deep hole called a “sump” to increase infiltration. Matt completed much of the hard physical work including excavating the garden and adding boulders to form a retaining wall.

Not only can Debbie explain how her rain garden works, but she has a practical demonstration in her front yard. Through the process of building the raingarden, their kids also learned “how we deal with our environment.”

Jackie and Steve St. Germain of 2503 Stillwater Rd E in Maplewood installed raingardens to capture and treat yard and street runoff. Jackie—the self proclaimed gardener— removed much of the front lawn and replaced it with a cottage garden. She used over 15 species of native flowers and added whimsical touches such as teacup sculptures. 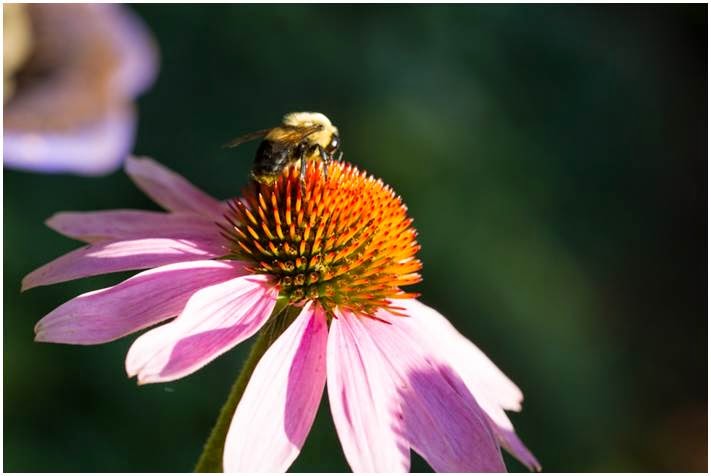 “I have a sense of peace and calm.”

After building a home on an undeveloped site at 3420 Midland Ave in White Bear Lake, Dennis and Sharon Doffing realized they had stormwater runoff and erosion issues.  After attending a raingarden workshop and reading The Blue Thumb Guide to Raingardens, they designed and built three raingardens to capture runoff from their house. They were so excited with the results that they installed a fourth one using District cost-share funds. This 300 square foot raingarden captures and holds 3,000 gallons of water without overtopping.
Recently retired District Administrator Cliff Aichinger was recognized for his long-term support of the LEAP Team and LEAP Program. 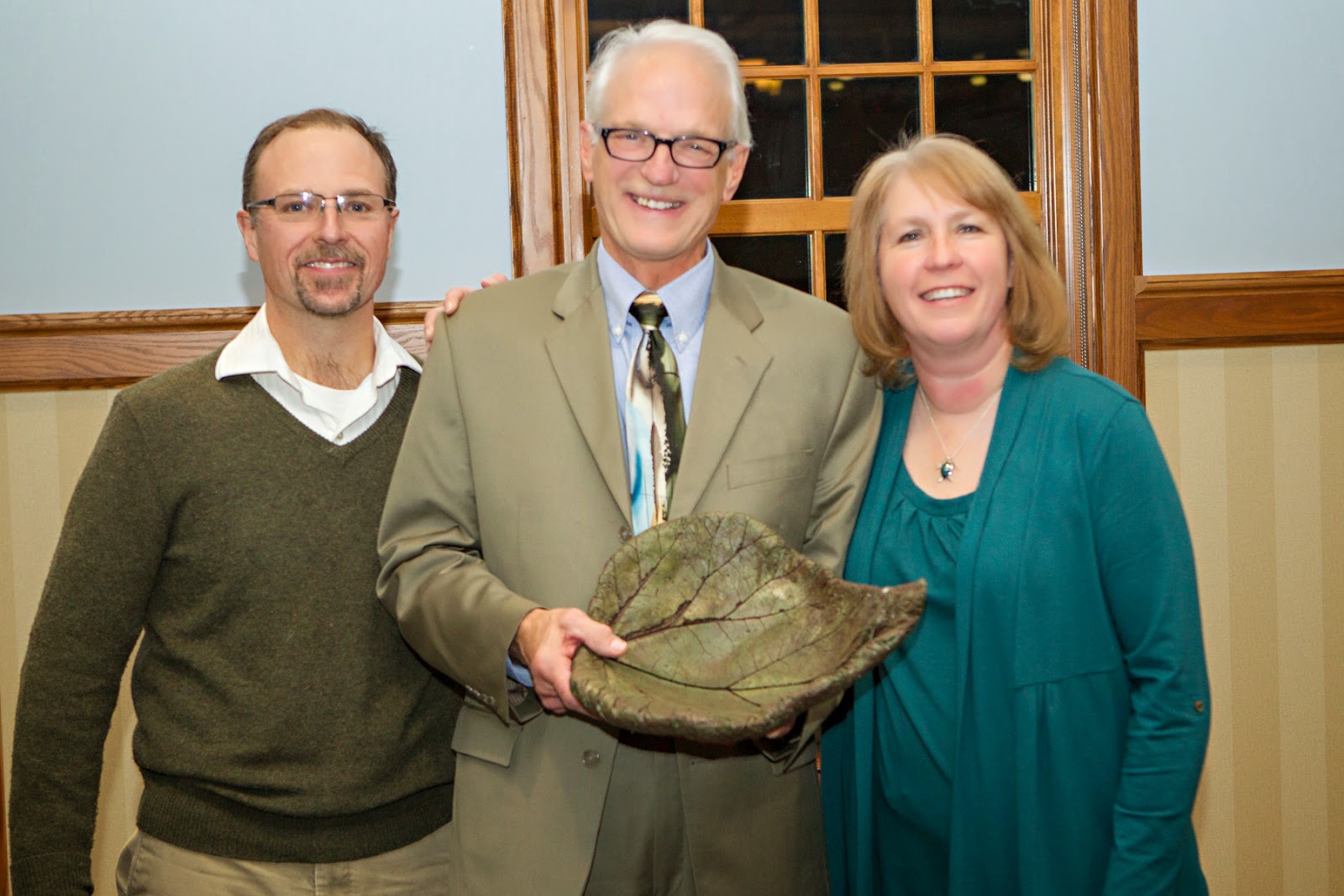 Cliff expressed great pride in the program, calling the LEAP Team “a collection of fantastic people.”

LEAP winners received a $25 gift certificate from Prairie Moon, a Lake Phalen Shoreland Restoration Walking Tour and Plant Guide, artisan birdbaths made by the LEAP Team and a LEAP sign. The LEAP Team is composed of citizen volunteers, who manage this program and conduct all judging for the awards. For more information about the LEAP and Cost Share programs, visit the District website at www. rwmwd.org/leap.

For a summary of those winning the Watershed Excellence Awards on the same evening the LEAP awards were given, follow the link HERE.