Paul Gardner, a Master Water Steward from Shoreview, developed his 2017 Master Water Stewards capstone project to test drive an efficient means of equipping residents in his city with rain barrels while providing education about their value, installation and maintenance.

Paul implemented his project in July, but I wasn’t able to get out and actually see him in action until much later. In the meantime, he developed a report on the project and has been sharing his analysis in a number of different venues including a recent Master Water Stewards graduation and our annual recognition dinner.

In late fall, I followed up with Paul to learn more about his project and to meet a Shoreview resident who purchased a rain barrel through this special program. But before we drove over to Jenny Wood’s house together to see what she was doing to weatherize her rain barrel for the winter, I stopped off at Paul’s house to see what he has already done in his own yard to prevent runoff and conserve water.

Paul and his wife are recent Landscape Ecology Awards Program (LEAP) winners. They received a LEAP award in 2016 for their landscaping, rain garden and rain barrels. He is a former member of the Minnesota House of Representative in District 53A from 2007-2010, a current Ramsey Conservation District supervisor and was the executive director of the Recycling Association of Minnesota until 2006. He was also a member and chair of Shoreview’s Environmental Quality Committee for five years. He is passionate about recycling, energy conservation, reducing runoff and conserving water.

Paul took the time to show me around his yard and pointed out six rain barrels he has on his property. He showed off one of the diverters he installed that allows him to choose where the water is directed in his yard.

We waited until Jenny was due to be home from work and then drove over to get some perspective from her about her involvement in the program. Meanwhile, darkness was falling all around us and so was drizzle mixed with snow!

Paul and Jenny got down to business right away turning her rain barrel upside down since Jenny had already drained it for the winter. I asked her how she felt about purchasing and installing a rain barrel in her yard. She was very enthusiastic and said she had interested her neighbors in the possibility of installing a rain barrel as well. She also expressed interest in creating a rain garden in her yard to address runoff issues.
Later I caught up with Paul at the graduation ceremony for this year’s Master Water Stewards. He had printed out the slides from his PowerPoint and gathered people around him to explain what he had learned from his project. Below is Paul’s summary of the concepts behind his project, his findings and conclusions.

The basic concepts Paul used to develop his project:

Because there is limited District staff time to organize and manage sales of rain barrels, train residents on their use, monitor and evaluate their installation, or efficiently handle small money transactions through the cost-share program, Paul proposed this:

Paul arranged with the Recycling Association of Minnesota (RAM) to take rain barrels orders  online, coordinated a distribution event at Shoreview Public Works in July, and arranged for the sales and event to be promoted through the city’s WaterSmart participant list-serve.

Here are the details of his process and his outcomes. 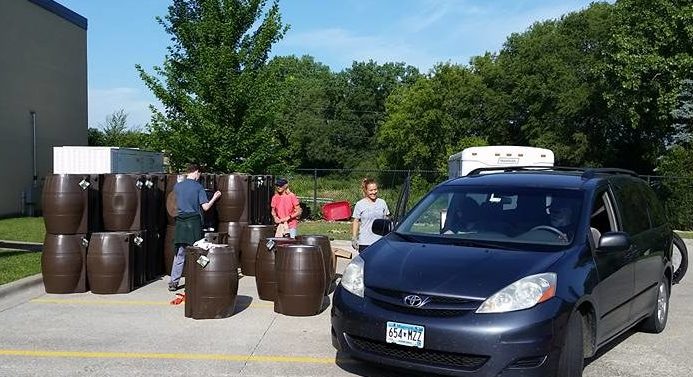 Using Survey Monkey, Paul learned that three-quarters of the people who purchased barrels through this special promotion were unaware that RWMWD offers cost-share funds for storm water best management practices. Paul is following up with providing cost-share information for them. He also offered installation support for those who requested it and will be tracking participants over the next year to ensure that the barrels get installed and are being used properly.

Some of the lessons Paul said he learned:

When he asked the residents why they wanted a rain barrel he received the following answers:

We’d like to thank Paul for investing his time and energy to analyze and develop a potential game plan for the efficient and productive use of rain barrels. 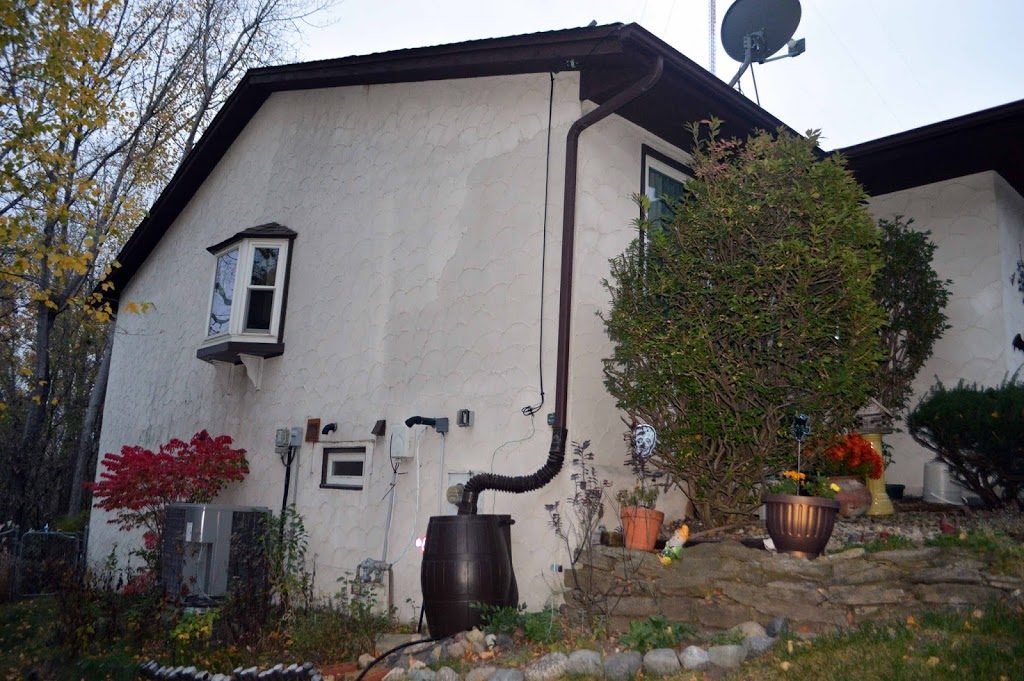